Despite its success throughout 2021, SHIB is on a downward trend for the year. According to CryptoSlate data, SHIB has fallen 15.36% in the last 30 days, even though he has burned 329.8 million of his SHIB tokens since early September. This represents almost half of the initial circulating token supply.

Shiba Inu first went into circulation with the release of 400 trillion tokens to the market in April/May 2021. A large number of unlocks occurred immediately after the release. 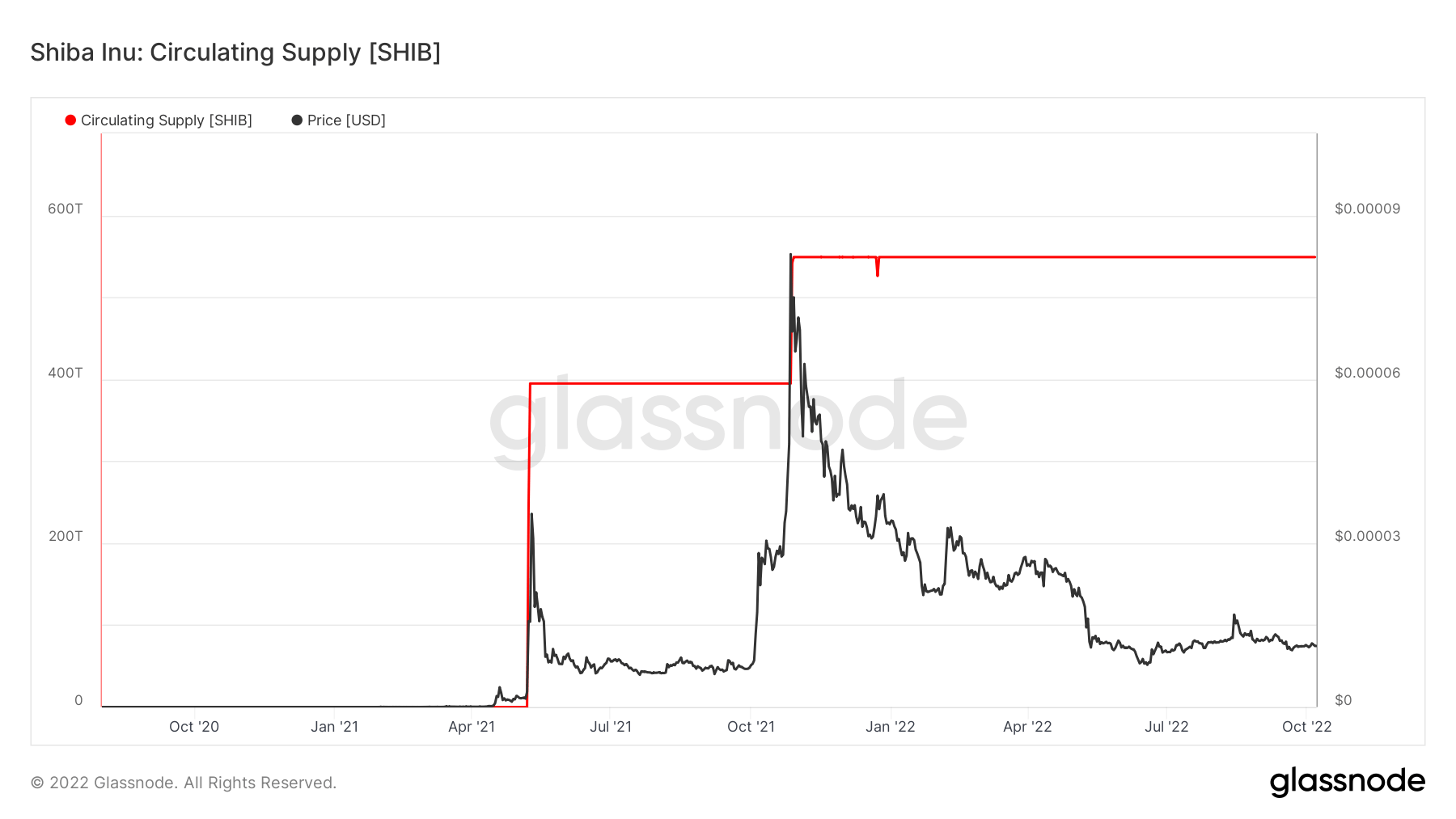 Five months after the initial release, in October-November 2021, another 150 trillion tokens were issued, increasing the total number of tokens in circulation to 550 trillion. During both of these unlocks, the price of SHIB surged to new highs.

The Shiba Inu network also saw high usage throughout 2021, coinciding with the token unlocking. The network has reached over 100,000 active addresses a few months after its initial release. 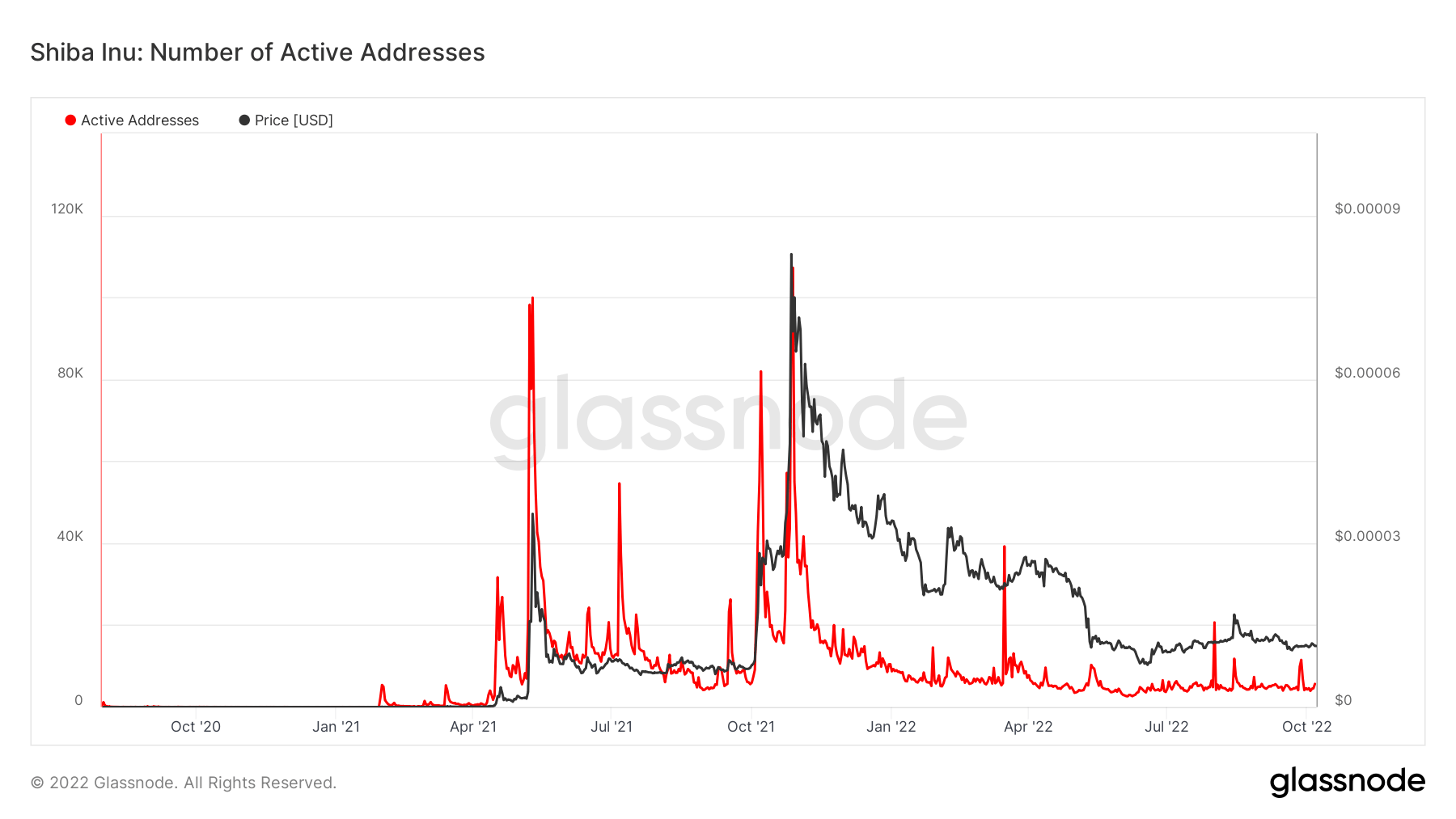 This is an awe-inspiring speed considering that it took Bitcoin (BTC) over four years to reach 100,000 active addresses.

Although the price response for both unlocking periods is consistent, the token flow to exchanges is significantly different.

Over 1 billion SHIB tokens have been returned to exchanges after the first unlocks in 2021. These tokens likely belonged to the founders and early participants of the project and were sold during peak prices. 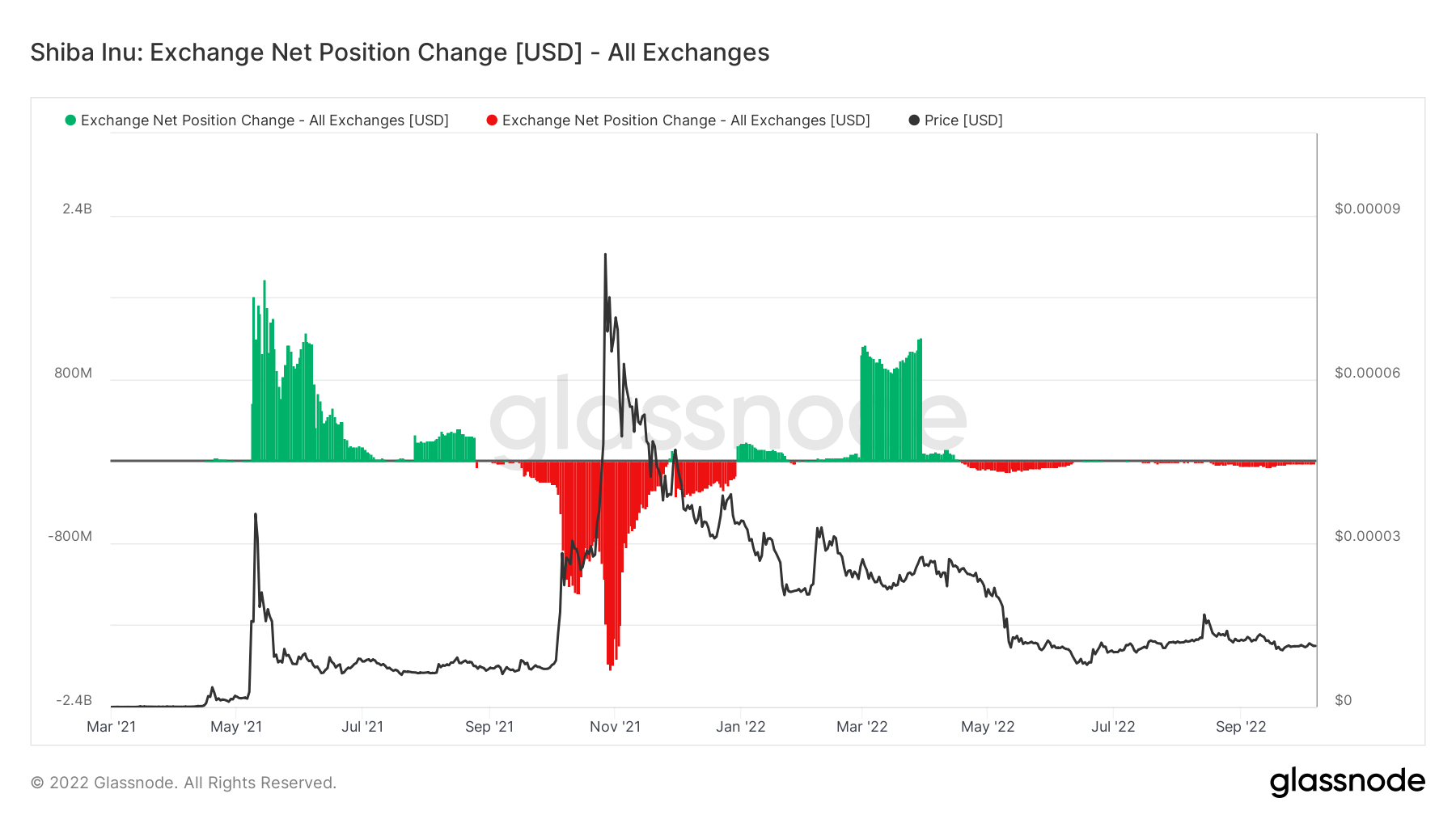 However, the exchange’s SHIB tokens did not decrease after the second unlock in October/May. SHIB has recorded a new ATH, from September 2021 to January 2022 he has over 2 billion tokens withdrawn from the exchange. This period was also the time when Bitcoin recorded its ATH close to his $68,000.

Highlights for 2021 and Beyond

The success of the SHIB token in 2021 is also reflected in the news. In November 2021, SHIB accounted for the most significant holdings among the top 1,000 Ethereum (ETH) wallets. A survey that same month revealed that more than 70% of his SHIB holders were profitable at the time.

However, community interest in SHIB began to decline in early 2022. The project team attempted to rekindle interest in the first few months of the year by unveiling plans for a dog metaverse and launching a cross-chain DEX. At the same time, it started burning tokens to shrink supply and drive prices up. 2.41 billion SHIB tokens were burned in the first week of April.

Towards the middle of the year, Shiba turned to payouts. AMC Theaters saw potential in Shiba Inu and began accepting it as a payment method in late April. A month later, the Shiba team announced plans to launch the SHI stablecoin, deciding to rely on the payment utility features of SHIB. they also said:

“The ultimate goal is for SHI (running on both ETH and Sibarium) to become a global stable currency that can be used by people in all countries as both a store of value and a method of payment.”

In any case, as the cryptocurrency market entered its coldest winter, SHIB continued its sharp decline. A survey of fintech professionals conducted in the early days of the market revealed that 73% of participants believed that his SHIB would disappear by 2030.

Participants commented that the bear market would eliminate “joke-type” coins such as the Shiba Inu to make room for real innovation.