Cryptocurrency market capitalization is now up 0.69% to $979 billion, recording net inflows of around $6 billion over the past 24 hours.

Most of the top 10 cryptocurrencies recorded gains during the reporting period, with the exception of Dogecoin, Polkadot, and Litecoin, which recorded losses.

Polygon and Solana have the highest profit at 2.9% and 2.18% respectively.

The market cap of Tether (USDT) has risen to $66.38 billion over the past 24 hours. The market caps of USD Coin and BinanceUSD (BUSD) decreased slightly to $43.95 billion and $16.30 billion respectively.

Since the last market report, Bitcoin has broken the $20,000 barrier and briefly tapped $21,000 amid a weekend pump that cleared short sales. Analysts suggest that bullish sentiment is returning to the coin. 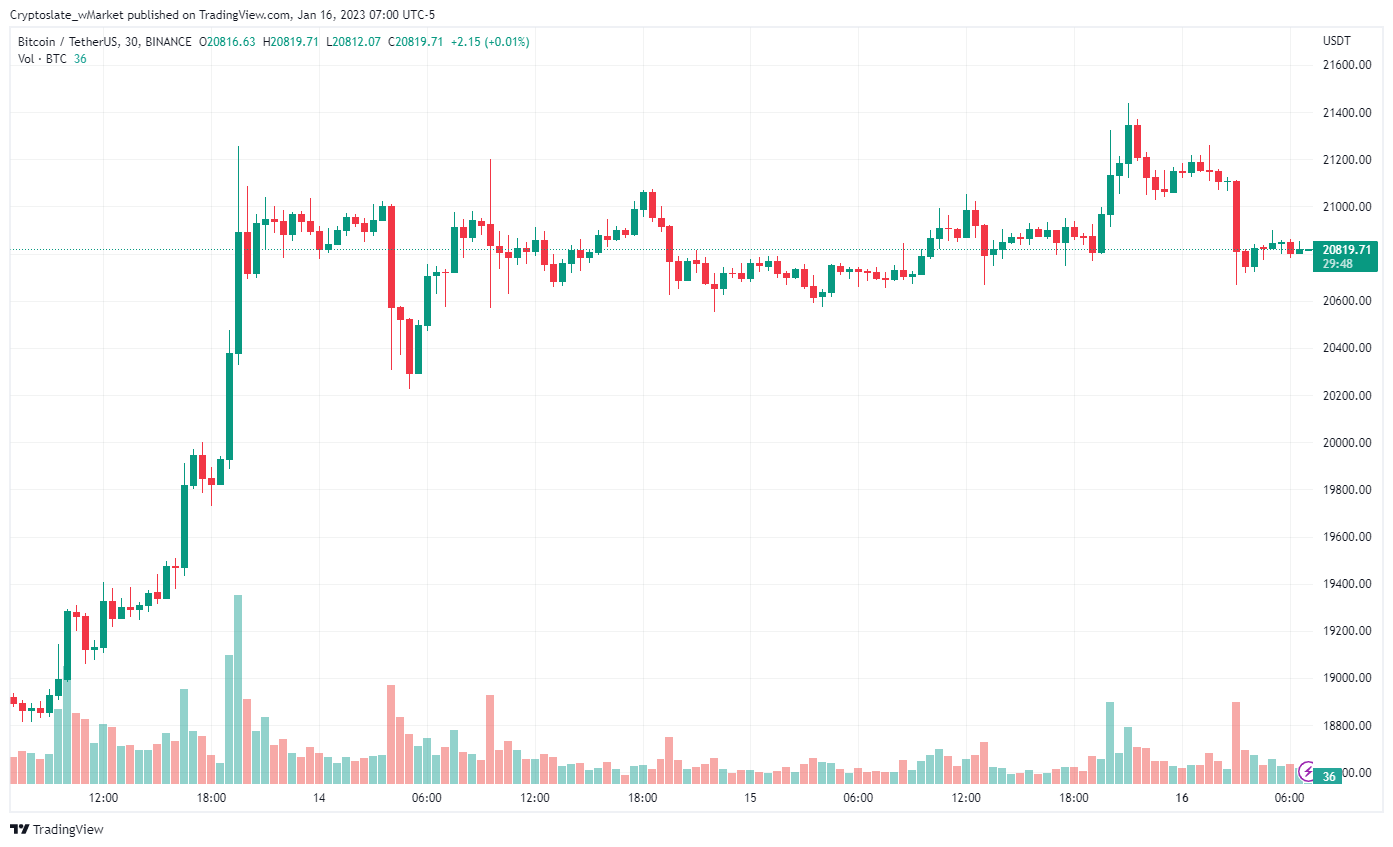 ETH’s price performance mirrors that of BTC. The second-largest digital asset by market cap traded near pre-FTX levels over the weekend.

FTT was the biggest gainer of the day, up 61.03% to $2.69 at the time of writing. Given the lack of new information regarding the exchange’s bankruptcy case, it is unclear why the token’s value is rising. Its market capitalization was $886.34 million.

FXS is up 41.78% during the reporting period and is trading at $9.53 at the time of writing. DeFi-related tokens are up over 62% over the past seven days. Its market capitalization was $677.37 million.

EVER gained 24.43% during the reporting period and is trading at $0.053 at the time of writing. It was unclear why the token was going up. Its market capitalization was $89.42 million.

USDN was the biggest loser of the day, trading at $0.36, down 9.79% during the reporting period. Depegged stablecoins are trending downward, down 32% over the past 30 days. At press time, its market capitalization was $244.88 million.

CVC fell 6.51% to $0.103 over the past 24 hours. The identity verification blockchain network has increased in value by 27% over the past seven days. Its market capitalization was $103.83 million.

NU fell 6% to $0.15 during the reporting period. Ethereum-based tokens are up over 70% year-to-date. Its market capitalization was $108.73 million.

CoW Swap said it suffered no loss – despite $166k exploit